We made it 50 years because of the support of our employees, representatives, dealers, and customers. 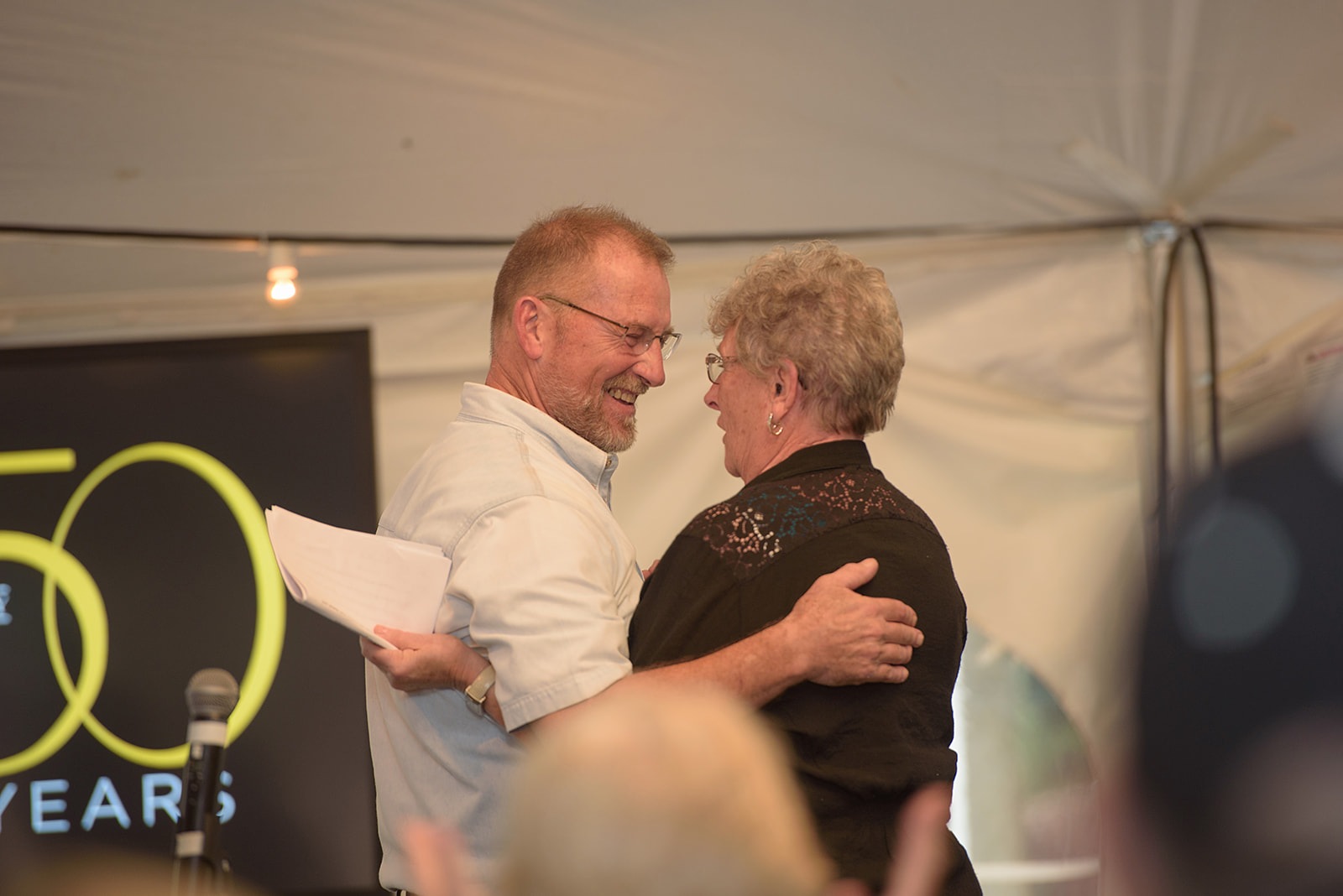 50 years ago Plain & Fancy, then named John Achey Kitchens after one of its co-founders, was born out of John and Loretta Achey’s garage. John poured heart and soul into making handcrafted, extraordinarily handsome cabinets that he would be proud to have in his own home. Equally as important to John were the people who made it all happen. Whether you were an employee, representative, dealer or a customer, he cared about you. That’s just the kind of person John was and his family and company shared his values. The company is owned by 2nd generation family members with the 3rd generation also involved and playing an active role.

In September of this year Plain & Fancy achieved yet another milestone, as our company reached 50 years in business. It was time to celebrate. It took over a year of planning and culminated with two days of celebrations on September 13th and September 14th. On September 13th all current employees were treated to a delicious lunch provided by the Lancaster Burger Co Food Truck as well as some scrumptious cupcakes from a local baker. George Achey, Plain & Fancy’s president, spoke to employees and reminisced about stories from the past and shared his vision for the future. New England sales representative Kevin McAlary, of Eagle Associates, also spoke to employees about how much he has enjoyed working with Plain & Fancy and his optimism for the years ahead. 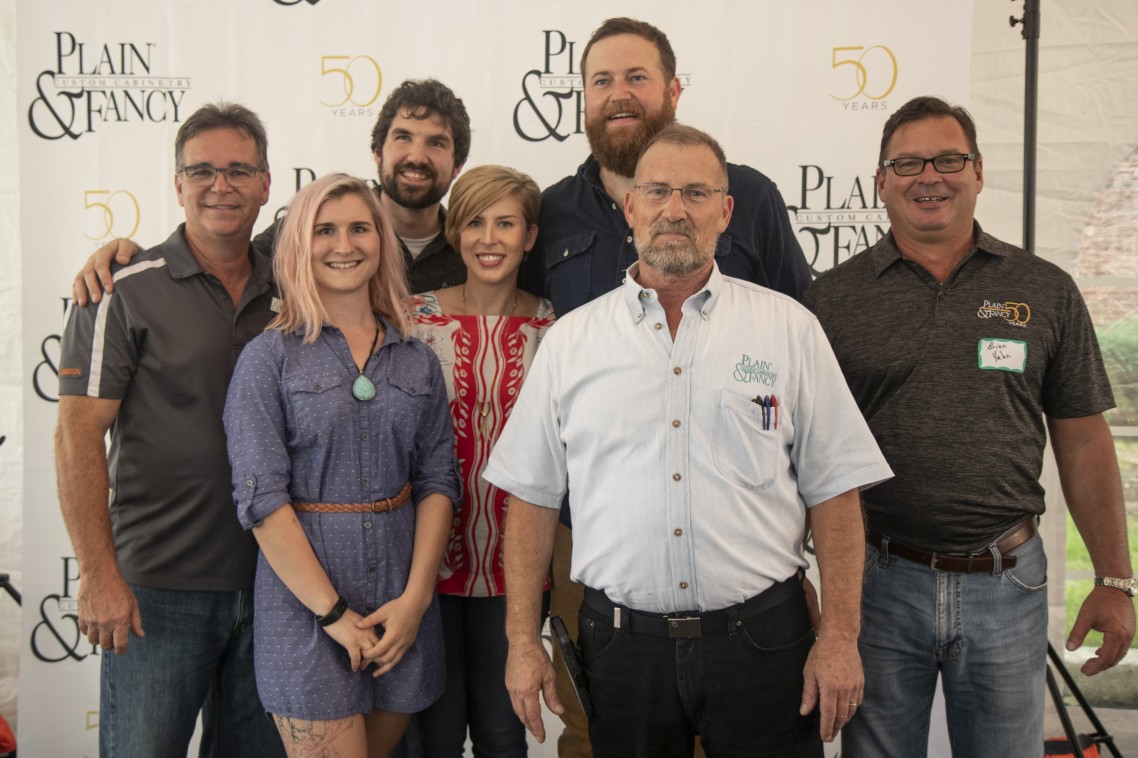 On Friday, September 14th dealers, representatives and employees past and present all came together to celebrate this great accomplishment. Due to a potential rainstorm, nearly all of the event was held under a massive 40' x 160' tent but that didn’t change the excitement that surrounded the evening’s events. Every detail received careful attention: the table centerpieces, the lighting fixtures, the speakers, the food and beverages, the games, the giveaways and the music. 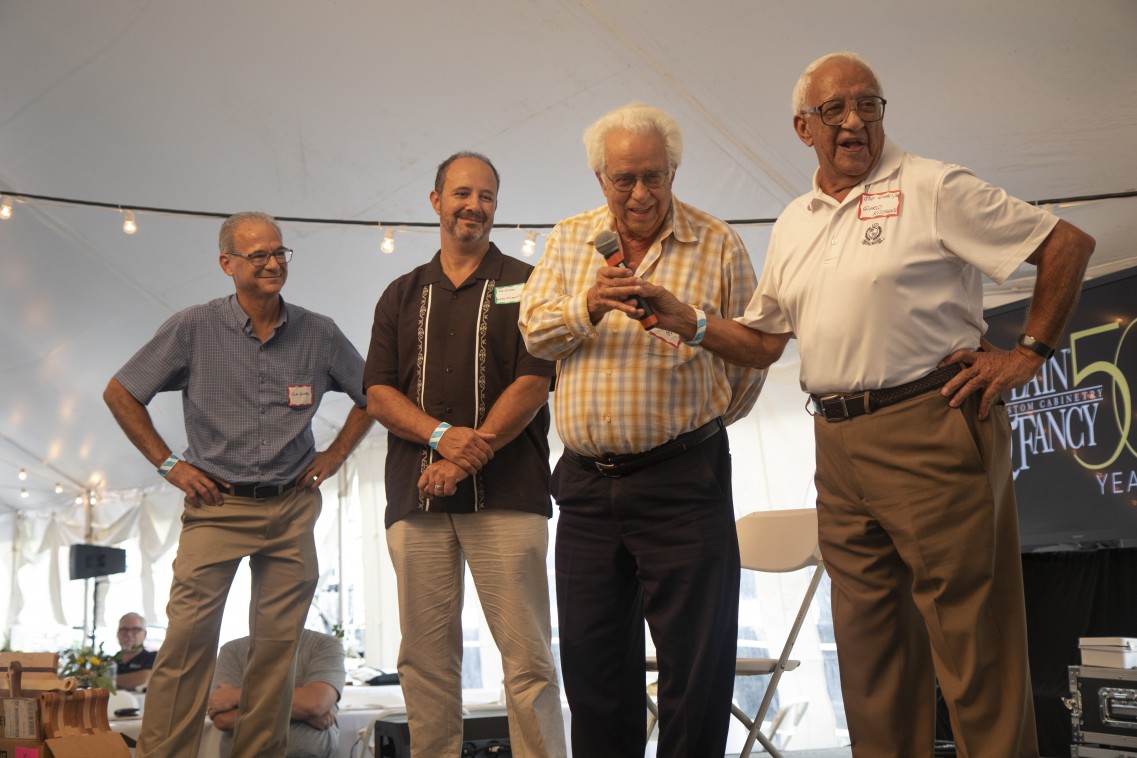 Guests had the opportunity to listen to various speakers throughout the evening, most notably Ben and Erin Napier, of the popular HGTV television show “Home Town.” Eliot Sefrin, the former editor and publisher of Kitchen & Bath Design News and long-time friend of the Acheys’, shared his favorite memories of the past. One of our co-founders, Loretta Achey, spoke of the struggles that small business owners face and she celebrated Plain & Fancy’s past and current successes by embracing her family on stage. The last speaker of the evening was our president George Achey. He spoke passionately about his father, his family, Plain & Fancy’s achievements, challenges and plans for the company.

The next part of the evening was set aside to recognize long-time dealerships as well as those with outstanding sales achievements. Dealers shared their stories of working with Plain & Fancy over the years, took pictures and were awarded with commemorative plaques. The remainder of the night consisted of plenty of refreshments, music, dancing, various games and even a competitive cornhole competition amongst Plain & Fancy employees.

It was a night to remember and went just the way John Achey would have wanted. Less about work and more about relationships and just simply having fun. 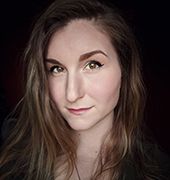 Lisa dabbles in all areas of the marketing department at Plain & Fancy and plays an active role in supporting her team members. In her free time she can be found doing crosswords, drinking coffee, and hiking.

The Radiance Series: Embracing the Beauty of High Gloss Acrylic

Cabinet styles come and go, but there is always something appealing about a bit of gloss. This can make any room seem lighter and brighter. Incorporated strategically, it also makes an immediate visual statement. It's easy to see why high gloss is such an important feature in so many kitchens.

Most Popular Kitchen Cabinet Colors in 2021

An Open Shelving Solution to Transform Your Kitchen

Open storage has long been a popular solution for organizing and displaying everything from kitchen equipment to décor. Lately, however, intriguing new designs have upped the sophistication factor for this approach. With the right style, it's possible to harness the unique advantages that open shelves provide without running into potential pitfalls such as visual clutter.