Don and his family sought to create a peaceful bungalow style home using a soothing palette full of neutral wood tones and by placing a strong emphasis on comfort in every room of the home.

The Powers family’s 1920’s Bungalow house renovation was documented and featured by This Old House during its 40th season. This was a unique redesign that saw Don, the homeowner, double as the architect for the project as well. Don and his wife, Dana, sought to create a renovated home that would meet the net-zero building standard, which requires that a house be able to produce all the energy it needs. Yet, Don’s primary aim was to increase the size of the home to better suit their family of four, all while preserving the bungalow house style their family loved so much.

Deciding on a Palette that suits

Plain & Fancy had the opportunity to work directly with Don on the design he was trying to achieve. Both he and his wife stopped by one of our local showrooms to select the styles and finishes that best fit the look they were after. Rather than having a house with a style that is too overpowering, they opted for a more peaceful and toned down look. 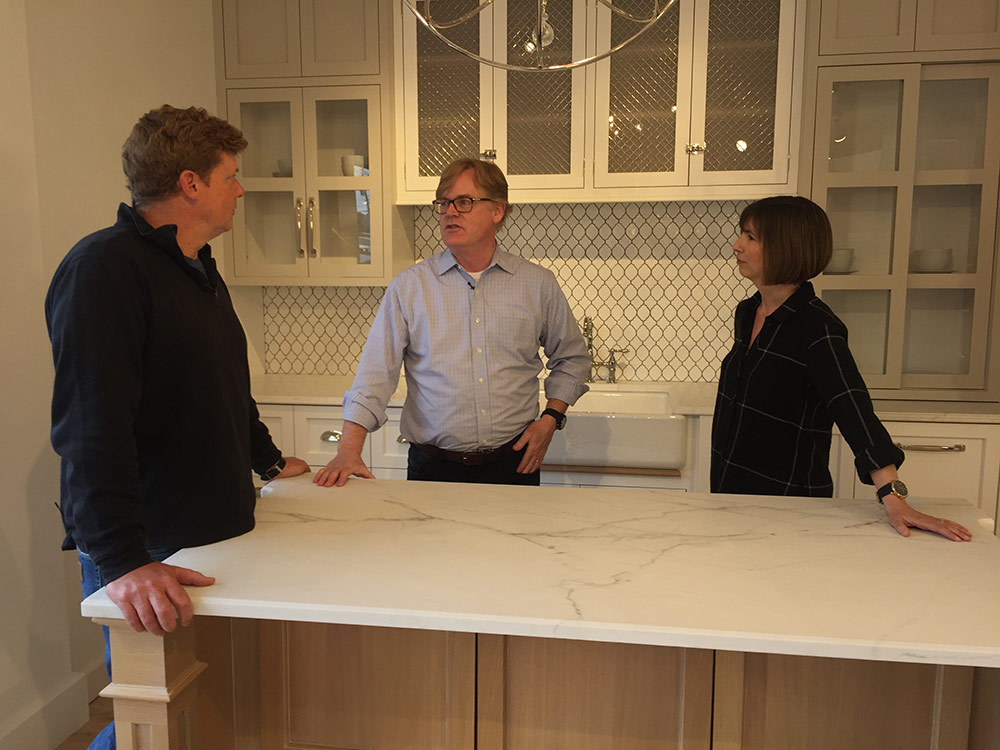 As Don put it in This Old House magazine, “ We wanted a simple palette throughout the house with lots of repetition and a few breaks, such as the navy-blue mudroom.” With that in mind, Don chose the Narvik finish on quarter-sawn white oak with the Transition  door style for all of the cabinetry in the kitchen, master bath, second floor bookcases and laundry area. As previously stated, they only deviated from that look in the main laundry room where Triton Blue on Maple was the selection. 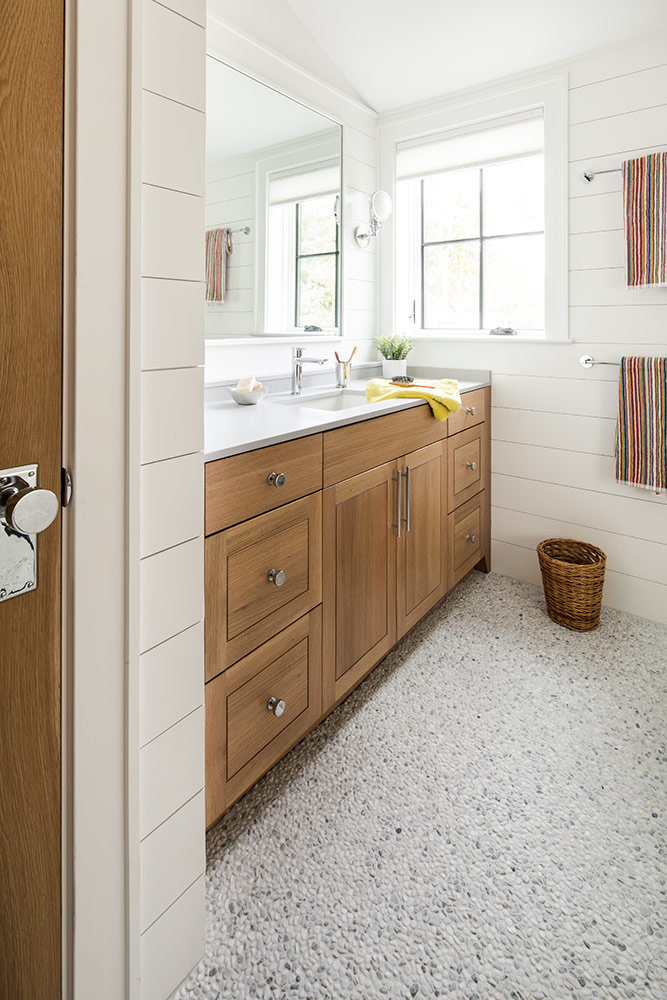 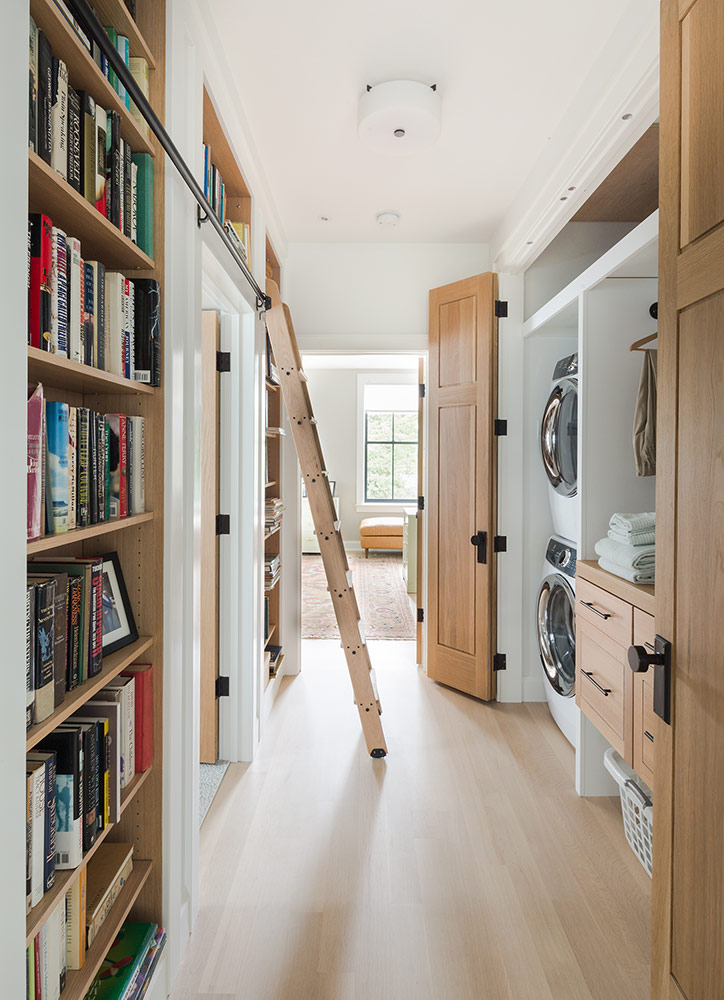 These two upstairs hallway bookcases double as a make-shift library

How to Make a Smaller Home Live Larger

Don did a masterful job of more than doubling the space of the home from 1,000 to 2,300 square ft, but despite that it still came in under the national average of 2,555 square ft. for a new single family home. Due to this, a strong emphasis was placed on maximizing the space and when possible taking advantage of items and areas that can serve multiple functions.

The kitchen was an area of primary importance. Don focused a lot of his attention on developing a feel of open space that could be shared between the first floor kitchen, dining and living areas. This process was central to making this smaller home feel larger.

“With a small house you can’t afford single-use,” Don’s wife Dana told This Old House. Keeping this sentiment in mind below are a number of areas that can be multi-functional.

Although there was a lot of effort put into achieving the net-zero building standard for energy Don and his family were steadfast about their primary remodeling objective. Above all else, the Powers’ family sought to create a comfortable home. “We wanted a great house with or without net-zero,” Don said. To support this, they placed a strong emphasis on things like: 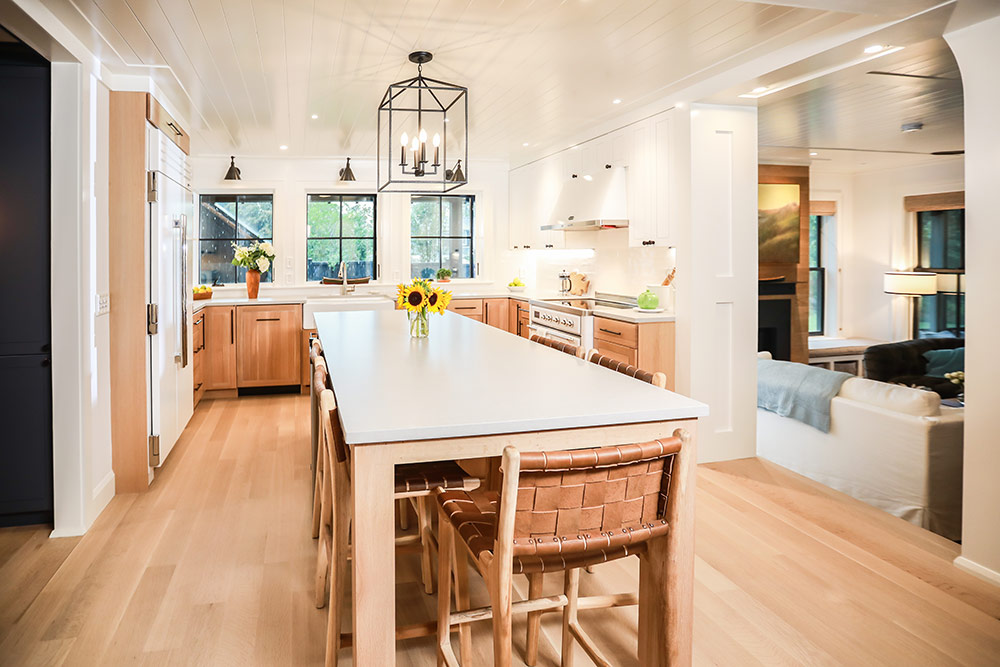 Don increased the home from 1,000 to 2,300 square feet largely through an open floor plan and by maximizing multi functional items

Key to maintaining the Bungalow style was the pale palette and use of quarter sawn white oak — for the floors, interior doors, kitchen and bath cabinets, and bookcases. All of the floors in the home were lightly white-washed and given a protective coating to create the look of bare-wood, while the kitchen cabinets have a slightly darker cerused finish.” The Powers family wanted an understated, calming and comfortable home. Mission accomplished. Don put it this way, “It’s peaceful rather than exciting, and that’s exactly what we wanted.”

As the longest operating business in our dealer portfolio, Plain & Fancy is honored to have Hancock Lumber as a collaborator with their team of designers and network of kitchen design showrooms representing our product lines.

Cabinet Door Styles From Then to Now: What’s In Store for the Next Generation?

It's no secret that interior design trends are always changing. While we often focus on colors and finishes, however, subtle elements are also bound to evolve. This is especially evident as we examine seemingly basic cabinet doors. Over the years, some of their most noteworthy changes have involved panel styling.

The Power of Integrated Cabinet LEDs

When you imagine perfectly designed cabinets, you might picture Shaker doors or gorgeous hardwood. Like most people, however, you probably don't pay too much attention to lighting.